Every 2 years the ARGE Heumilch invites to the Hay Gala. On the 5.März 2016, it was happening again. Guests included representatives from politics and economy in addition to the farmers had been present. The Salzburg Congress Centre served as a stage. Catering, decoration, stage design and technique were perfectly matched.
What had begun about 12 years ago with a dream to tell the story of the most pristine form of milk production to consumers, was now grown up. Thus, sales of Heumilch increased in 2015 by 3.5% to 109 million Euro. “So the Hay economy evolved in opposite directions to the overall market, which suffered a revenue decline of two percent”, emphasizes Heumilch Managing Director Andreas GAL in one Pressrelease.

Our video hindsight for Heugala 2016

The two highlights of the event

There were two highlights on the year’s hay Gala. Again, the best qualities of hay in six categories were awarded within the framework of the Austrian hay championship. As one of the main sponsors, the prize for the best Round bale hay was provided through us. The second highlight was the award of the European label G.t.s. – which guarantees traditional speciality. Austrian milk is the first foodstuff in the German-speaking region that was awarded this seal of approval. With this seal, the most natural form of milk production is made visible.
High-profile lectures by ING. Reinhard Resch and Univ. ass. Dr. Karl Buchgrabner were rounding out the program.

The hay milk supplement amounts to more than 5 cents, compared with over 15 cents for organic milk. “Thus, the added value for hay dairy farmers amounts to 18 million euro per year, compared to its launch in 2009”, explains Chairman Karl Neuhofer of Arge Heumilch.

back to Home
back to News 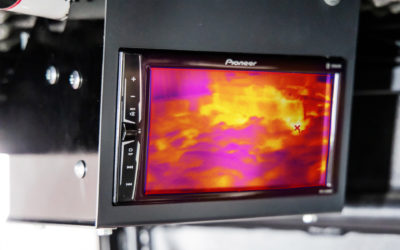 Our latest feature for the LASCO hay crane is the integrated thermal imaging camera, which transmits the thermal image from the hay box to the hay crane cabin in real time….

END_OF_DOCUMENT_TOKEN_TO_BE_REPLACED

April 10, 2017, was dedicated to further education at LASCO. Around 40 customers visited our customer training this year. Thus, were perfectly prepared for the upcoming drying season. The chairman of the ARGE Heumilch, Karl Neuhofer, took the lead. He talked about the...

END_OF_DOCUMENT_TOKEN_TO_BE_REPLACED

Commissioning of LASCO’s Hay Crane M90 in a big hall

This year, the miscanthus specialist and energy plant pioneer Phillipe Colin from France has fulfilled his dream and raised his production and processing to a completely new level. For this purpose, a new hall had to be constructed. In that new hall, the Miscanthus...